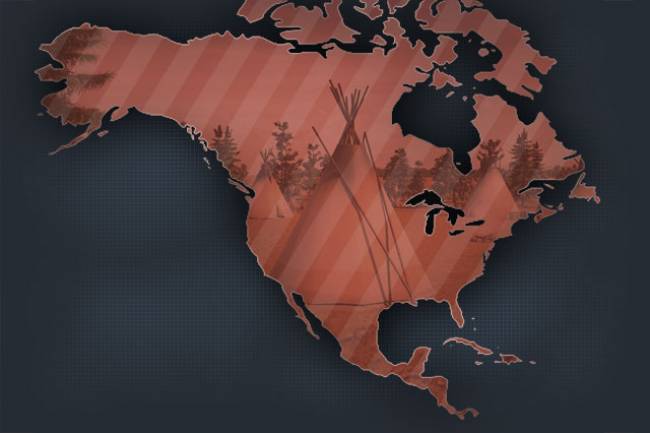 The future lies in the West!

We will bring progress to this barren swathe of land full of simple-minded country bumpkins and savage natives. But transporting the required goods is painstaking and expensive. A railroad from East to West, now that would be a real gold mine!

But the competition never sleeps. The Central Pacific Railroad has already started construction on a line from the Pacific. Let's beat them to it and open up the Wild West!

Steel – that's the stuff progress is forged from. Everything is possible.

In Pittsburgh, the steel industry metropolis, the furnaces are running at full blast. Steel production is opening up new prospects – for the construction of buildings, for the production of machines and, last but not least, for railroads too. People are flocking to the city, and there's work here aplenty.

Bright minds are working meticulously on inventions and new technologies. They've been experimenting with a new form of power called electricity for decades now, but the breakthrough now seems to be within reach: Perhaps even large machines will soon be powered by electrical forces.

A new age has dawned – he who takes his chances now can expect a golden future!

Around the world in eighty days is a thing of the past. It needs to be much faster these days if global trade is to flourish!

The transcontinental railroad is all well and good – but it's far too inefficient for the constantly growing needs and large quantities of goods in transit. But there is one project that promises to redress this: a ship canal that connects the oceans in the East and West. In this way, large amounts of cargo can be transported easily and conveniently. He who controls this canal controls global trade and thus the entire world!

Industry is booming around the Great Lakes.

Food for the entire nation is produced in the areas surrounding Chicago, and the automobile industry is growing in Detroit. The automobile is opening up new possibilities for transportation. Trucks can deliver large quantities of goods to the most remote corners.

The automobile is still the exclusive pleasure of the affluent, but it could soon become a mass-produced commodity and revolutionize the entire transport industry!

On the coast of California, there's not only sun, sea and beautiful people, but also a lot to do: Time to turn our gaze toward the stars!

A lot has happened in aviation since the pioneers' first attempts: Air travel is no longer just an audacious experiment for daring men in flying boxes, but it also brings interesting prospects for serious businessmen. Sometime in the not-too-distant future, flying will be an everyday thing. People will just sit themselves down in an airplane as if it were a railroad car…

They're calling it the Great Depression: The whole county is groaning under this huge economic crisis. Under poverty and unemployment. The entire country? No siree, Bob!

In the Gulf region of the sunny south, black gold is bubbling incessantly out of the earth and is protecting the people from hardship – well, at least those lucky enough to be sitting directly on top of an oil well. High time we became active in the crude oil industry ourselves – oil is the best lubricant for our operations!

Business is brisk high in the skies! The invention of the jet engine has revolutionized aviation…

Civil aviation is experiencing an unprecedented boom. Travelers can reach even remote destinations by plane: the train has had its day as a mode of passenger transport. Yet despite large distances becoming ever easier to cross, certain places are inaccessible: The Iron Curtain separates East from West. The great powers have divided the entire world among themselves. Now all that remains to conquer are the skies – before the Russians do. Let's reach for the stars!